I’m wishing, hoping, thinking and praying the Cards make a comeback in game 6. Not because I am specifically partial to the Cardinals or because I loathe the “Walker” Texas Rangers. Honestly, I don’t really care who wins– but any team with a player that is 6’3, 230lbs and can do the splits is alright by me.

A long time ago I asked D why he was rooting for some random sports team over another.  His answer was something along the lines of, “Well, we like Seattle better than we like Denver.” Duh. He look at me as if this is the known logic to all uninvested sports followers. Silly me. So here we are a few years later, and his simplistic logic is actually making a bit of sense.

“Walker” is the term of endearment I’ve added to their name after the shameless walking of the beast Albert Pujols in game 5.  I mean seriously, beat him fair and square… don’t hide from someone better than you. I digress.

So, why is it that I’m rooting for St. Louis? Barring the fact that Texas is a bunch of asinine scaredy cats, AND the fact they are part of the American League, I genuinely like St. Louis better than Dallas. Thanks, Dan.

A few years ago, when the Astros were actually good, they were playing in the NLCS in St. Louis. D and I were in college at the time and decided to make the short 13 hour drive to St. Louis to root on our favorite team. College isn’t truly college without a few roadtrips. Anyway, we grabbed our friend Erica and got on the road. There may or may not have been a letter to her professor about a family member to get out of a test… that’s a story for another time.

Between the crisp cool air (which any true Texan values in October), the beautiful orange and red fall leaves and the friendly, beer buying fans, St. Louis was a treat. 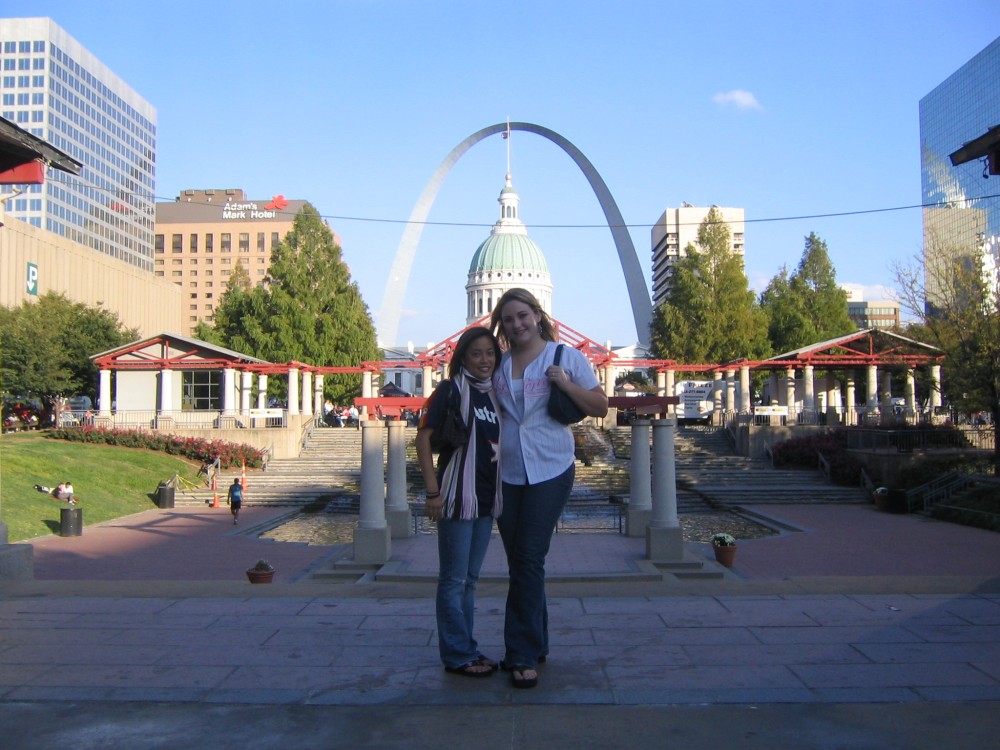 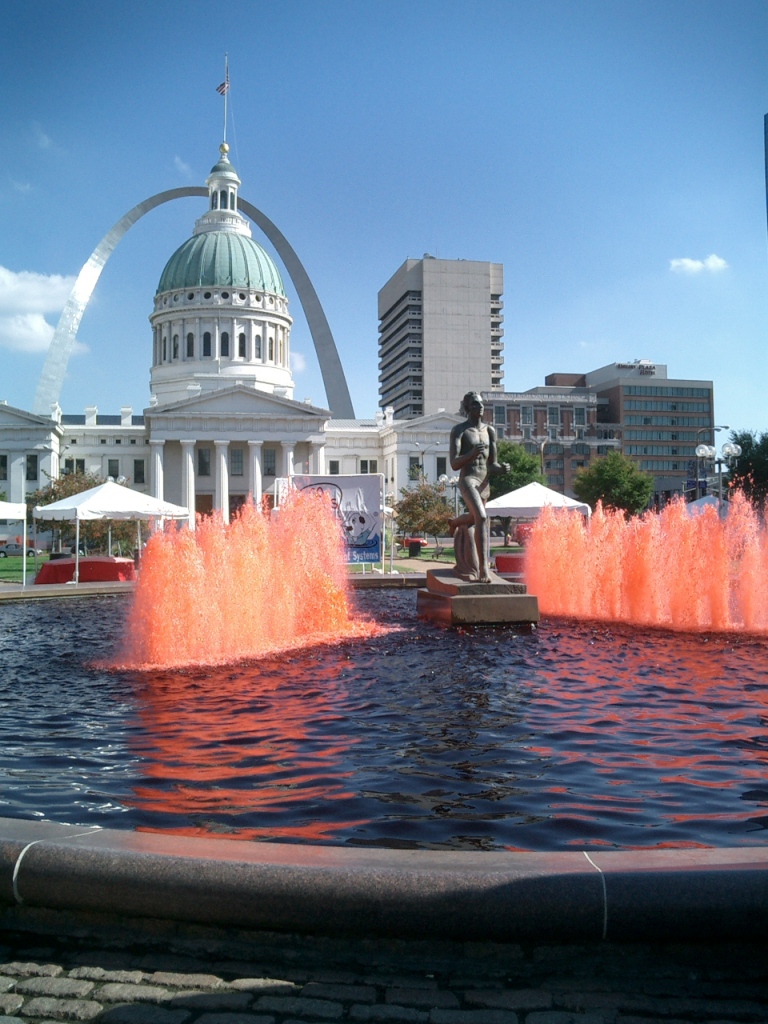 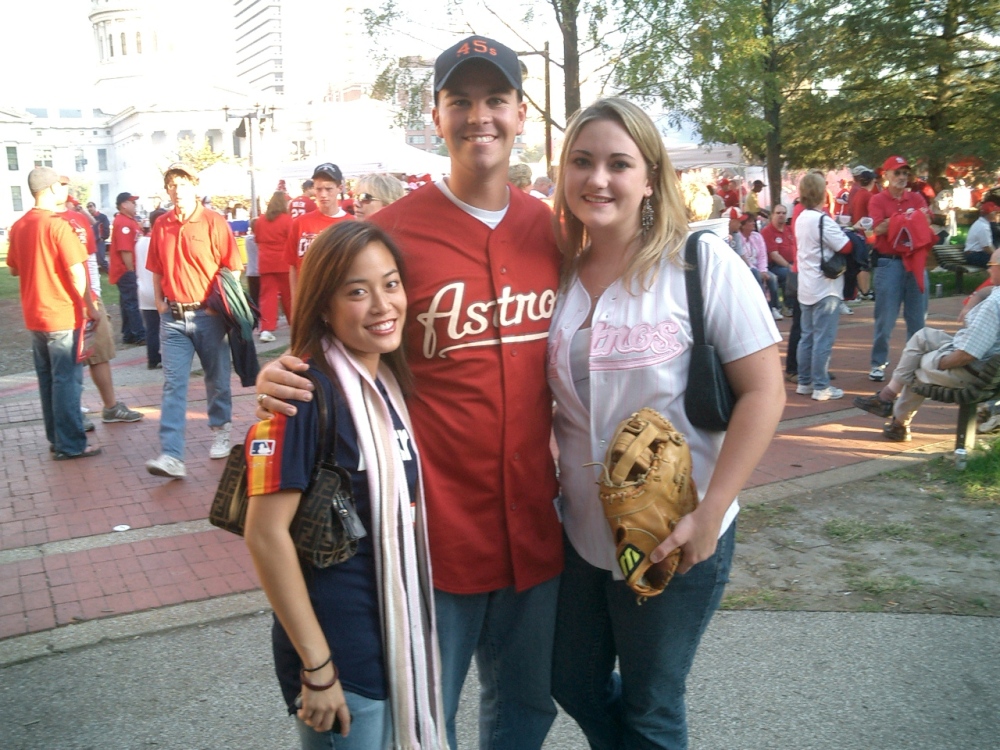 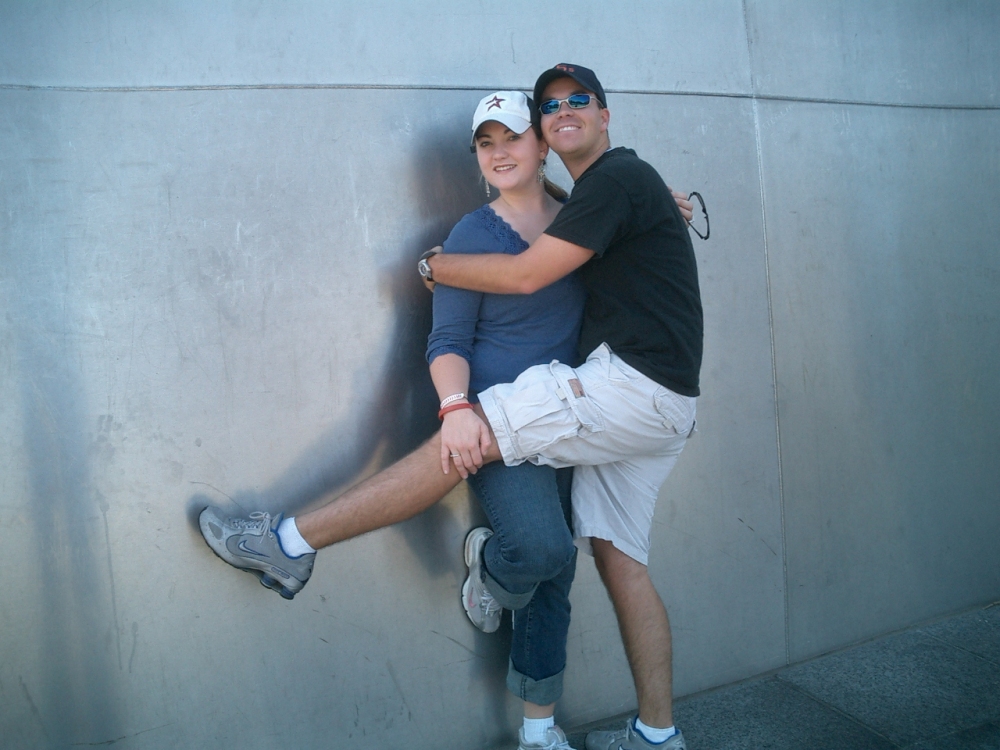 We spent our time dining on the Hill in Little Italy, riding to the top of the Arch, heckling fans, and generally enjoying our stay in the gateway city on the Mississippi River.

So Dan’s logic is clear to me today. I like St. Louis better AND my loyalties lie with Pujols, Berkman, National League and true baseball players. Easy as pie.