Every bit as exotic as the name sounds. I’ve been asked a hundred times why I picked this destination and more importantly, where the heck is it?

So first, the back story. I LOVE Tahiti. Anyone who has read this blog for even one posting likely realizes this fact. Read about my love affair with French Polynesia here. So, when looking for my next beach destination, I wanted something that would rival or potentially beat my beloved Tahiti. Thanks to outlets like Travel and Leisure and also Pinterest, the same coral atoll pictures kept showing up. 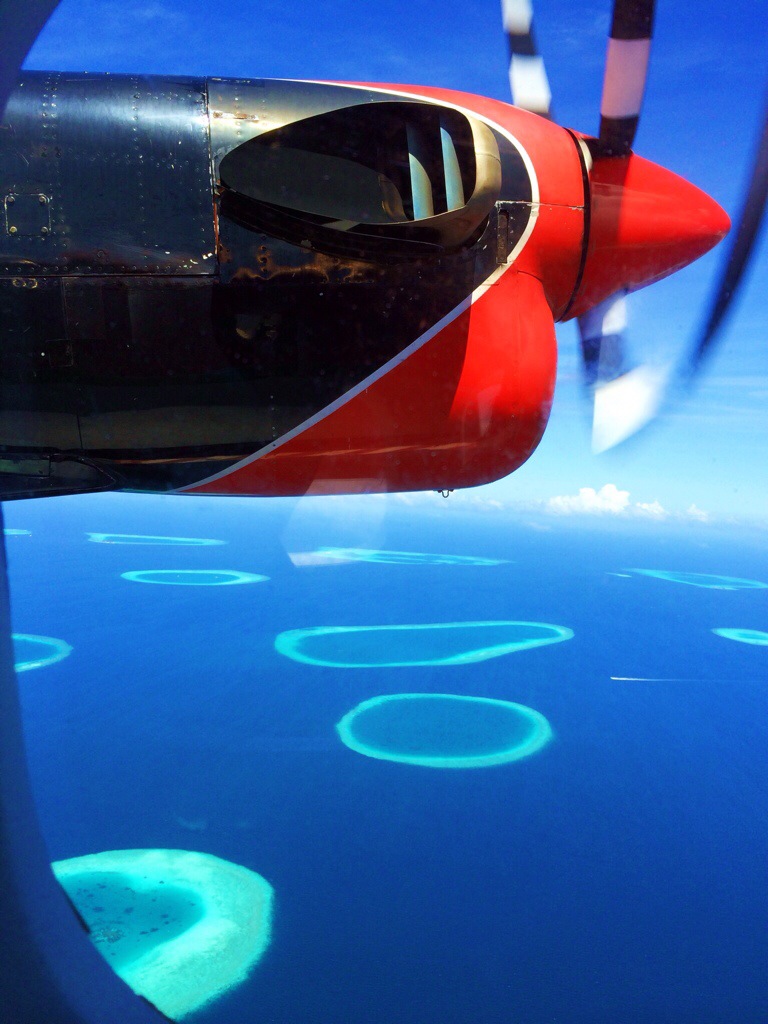 Where the heck is that place? It’s a large group of islands (over 1200) off the coast of Sri Lanka in the Indian Ocean. Take a look on Google Maps and you’ll have to zoom out, and then out, and finally zoom out again to see a mass that isn’t blue. What that means in flying time? About 16 hours from Houston to Dubai, 4 hours from Dubai to Male, Maldives and then likely some combination of sea planes, commuter jets and/or speed boats to get to your resort.

Once upon a time the sea plane would have been a deal breaker. My trips every year are also meant to challenge me– whether that is by transportation, culture, or style. This was certainly a challenge in the sense of flying in a hotter-than-hell floating plane, where the pilots were barefoot. Clearly I wasn’t too keen and I so appreciate my lovely husband snapping a picture of the pure fear in my eyes.

Customs was surprisingly efficient after arriving on the 777 in the main Male terminal. We were quickly taken to the Four Seasons lounge and then transferred via bus around the length of the one runway– yes, there is just one in Male. The fairly large seaplane terminal was unassuming. On the opposite side of the airport is a small white building and beyond that, a turquoise bay full of toy planes… only they’re real. Be prepared for the heat to be stifling in the open air waiting areas.

Passengers polietly rush to board the plane first and as a tip, plow over whoever you have to in order to get a seat on the left side of the plane. 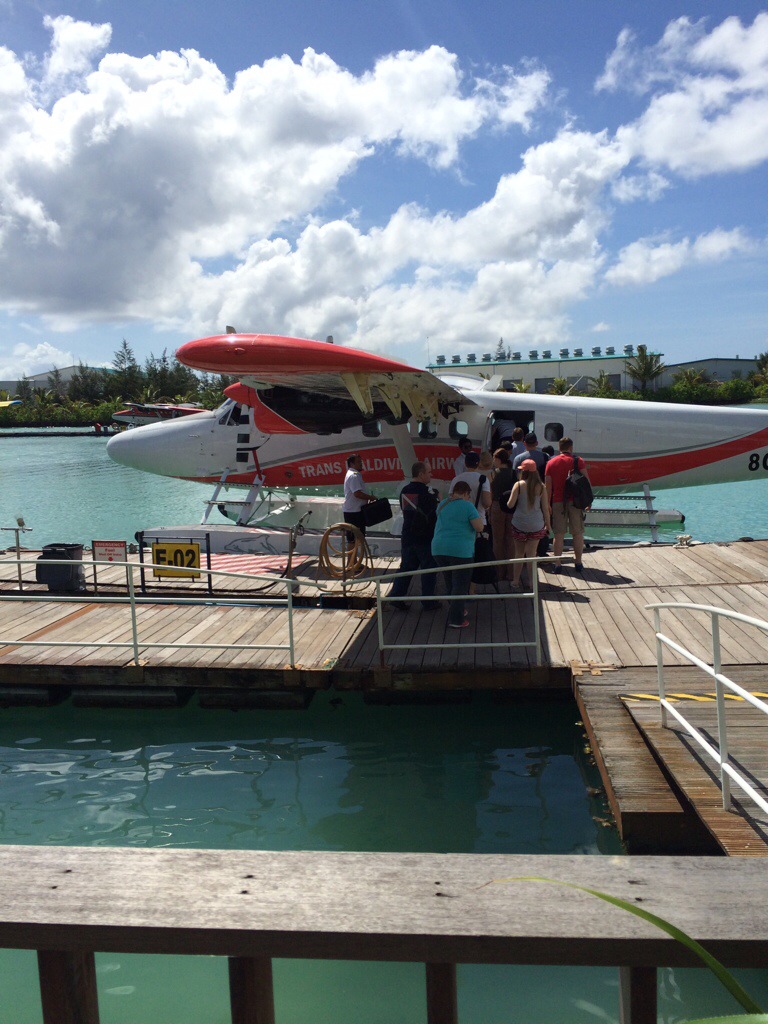 Oh and the excitement I felt when I was handed a delicate box of… EAR PLUGS. WHAT have I gotten myself into?

There was also a lovely briefing from our flight attendant, as well as a look at the emergency exit. I mean luggage compartment. I mean exit, I guess…

One of the things I was not expecting was having to make a stop at another resort en route to the Four Seasons. While it wasn’t ideal– we had to be in the hot box plane for longer than we wanted, AND it extended the potential death while flying aspect– the stop was great to see other resorts. Some passengers had 2 stops before arriving and we picked up other passengers at those stops. It really was a flying bus. 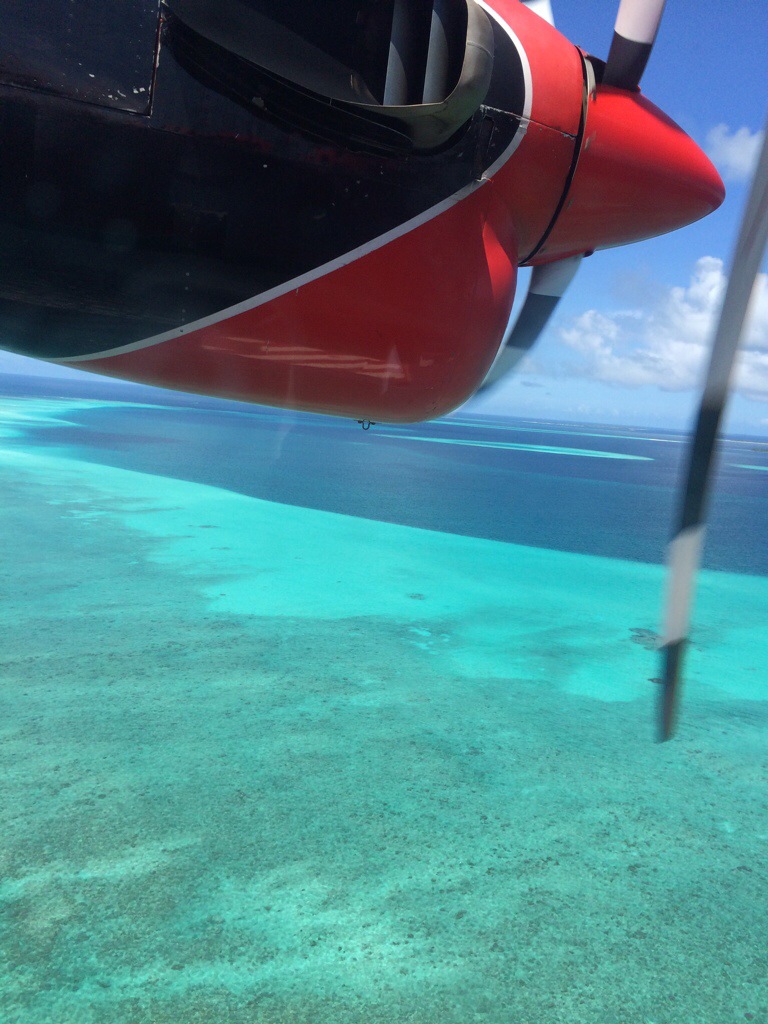 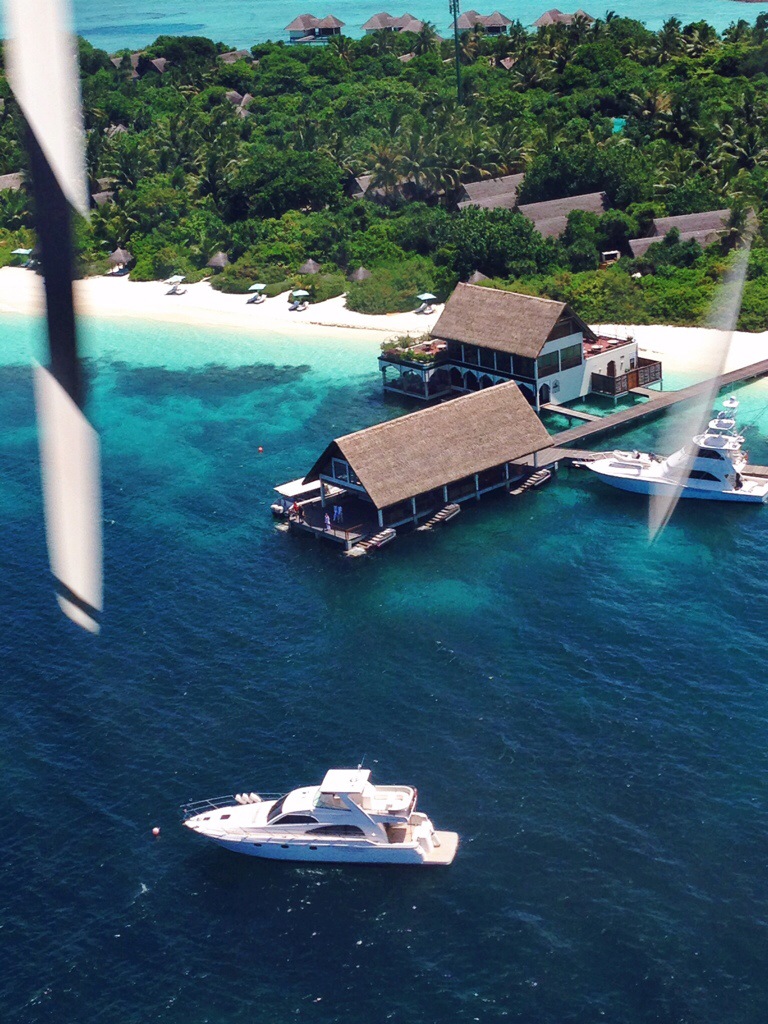 Once we landed safely at the Landaa Giraavaru, it was clear that the flight was worth it; but man was it touch and go for a while. Basically my rationale was this– I can either turn around and go home, meaning I flew over 20 hours for nothing, OR I can get into the flying-floating-hot-box and keep my fingers crossed that I make it to paradise.